Read Paul Cornells's new book, "The Lost Child of Lychford" (after first re-reading his "Witches of Lychford"). Both quick but deeply satisfying reads, with plot twists out of the blue that are pure Cornell (even knowing that there'll be one helluva twist because Cornell, you still never know what's coming or from what direction). Realized with this one that I really really like how this author writes female characters ... not as alien creatures from men or in-your-face thisisawoman! but just as real people. No wonder I'm addicted to him. That and his ability to tell a complex and complete story in under 200 pages without any feeling that the plot has been rushed or condensed. Just concise and every word counts. :-)

After watching the season one DVD of "Vicious" and falling in love with it I had to get season two. And, since I had to go back to the optometrist for a follow-up check on my "new technology" contact lenses and the HMV store is in that same mall (that's how I ended up with season one), I of course stopped in to get that on my way out. And discovered that was a "The Finale" post-series special DVD that was also in stock. So came home with both and have now watched them and they were splendid ... wicked and funny and delightful (and Ian McKellen's Freddie bursting into tears in "The Finale" has got to be, simultaneously, the most heartbreaking and heartwarming performance I've ever seen)

Plus some sock growth (though not as much as I would wish due to not being able to work on these while watching or reading stuff). But small progress is still progress ... at least it now looks like a sock. :-) 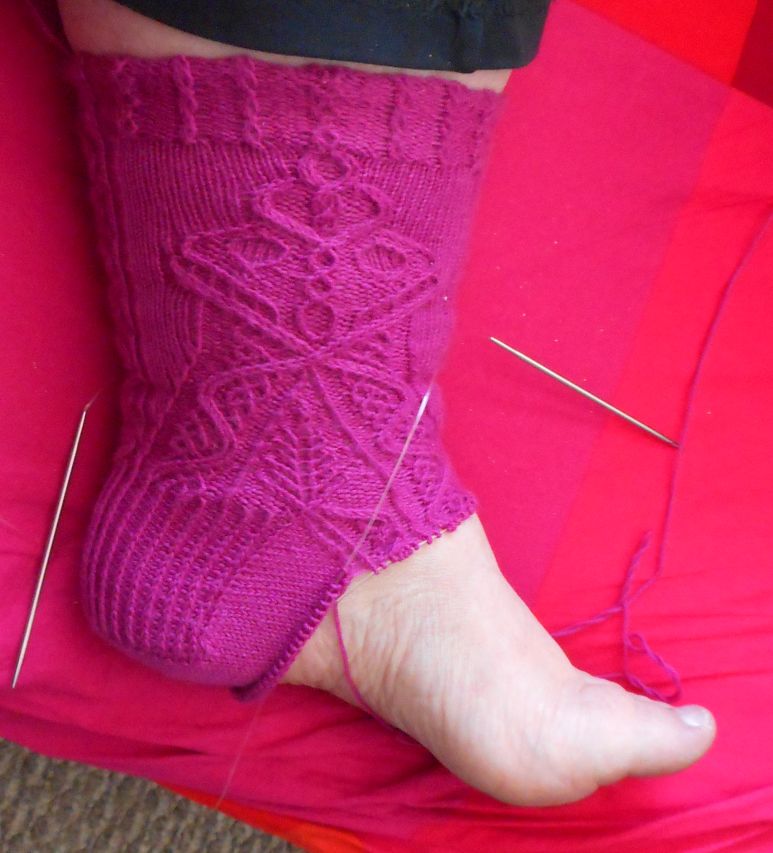 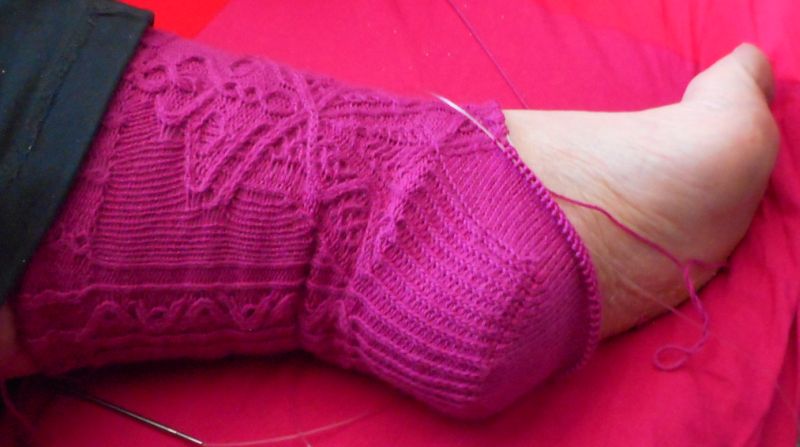