Somewhere in the history of knitting somebody turned the first heel and the person was one of the greatest unsung engineers in the history of this planet. Sock heels are magic. Even people who've knitted a billion socks think so. The most common advice given first-time sock knitters is some variation of "don't try to analyze or visualize or understand the instructions, just blindly follow them and trust that they'll work". It's a chicken and egg thing ... until you turn your first heel the instructions don't make sense and then after you've done it you comprehend the structure and how it works ... and it's still well-nigh impossible to explain it to anybody who hasn't done it. There are many different methods of making sock heels and every one of them has that moment. When suddenly this tube you've been making has gained an extra dimension so it'll fit the odd direction-change shape of a human lower appendage.

This particular example is a flap-and-gusset heel ... it and its variants are the most commonly used handknit heel-making method in use around the world. Machines can't do a flap-and-gusset (or most other handknit heel styles) so commercially made socks always have a shortrow heel and no gusset ... not the greatest fit for the shape of a human foot but it's fast and cheap. Further trivia for you: machines that knit socks also can't handle the mechanics of shaping sock toes so what you actually have at the closed end of your store-bought socks is a second shortrow heel (I'm not joking ... go get one of your socks, flatten it sideways and compare the heel and toe) that has had its top folded over and sewn to the top half of the sock foot (handknitted socks don't have seams across the top of the toes because humans with needles in their hands can knit proper seamless sock toes)

Next step: the gussets (triangular inserts which shape the sock to fit over and around the rise of the instep) 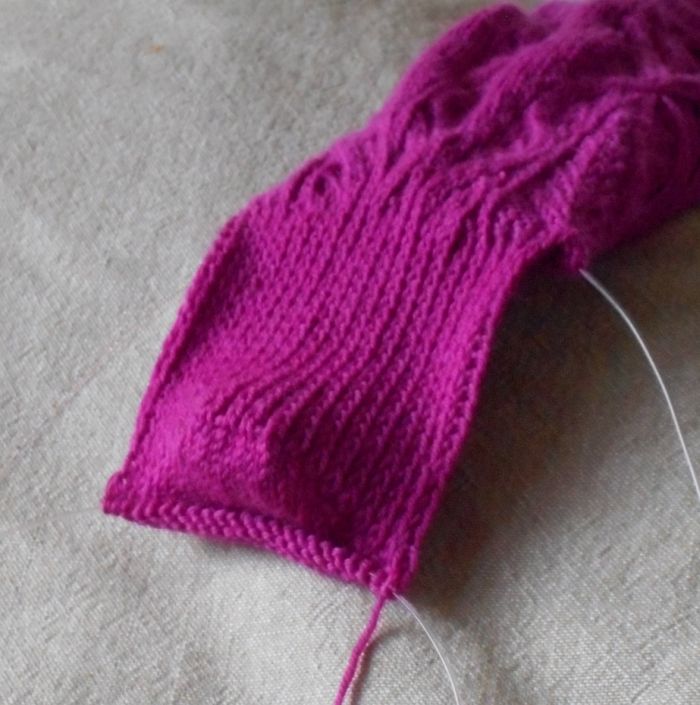 Next phase: stitches picked up along both straight edges of that flap with the heel cup at the bottom. So now it's back to knitting 'round and 'round, over the instep, down the side, across the sole, and up the other side to create the foot of the sock. Those "sides" will form the bases of the triangular gussets which will narrow to points just before the halfway point of the foot. The whole thing will grow faster now because the fancy patterning will only be on the top of the foot while the sole will be plain. 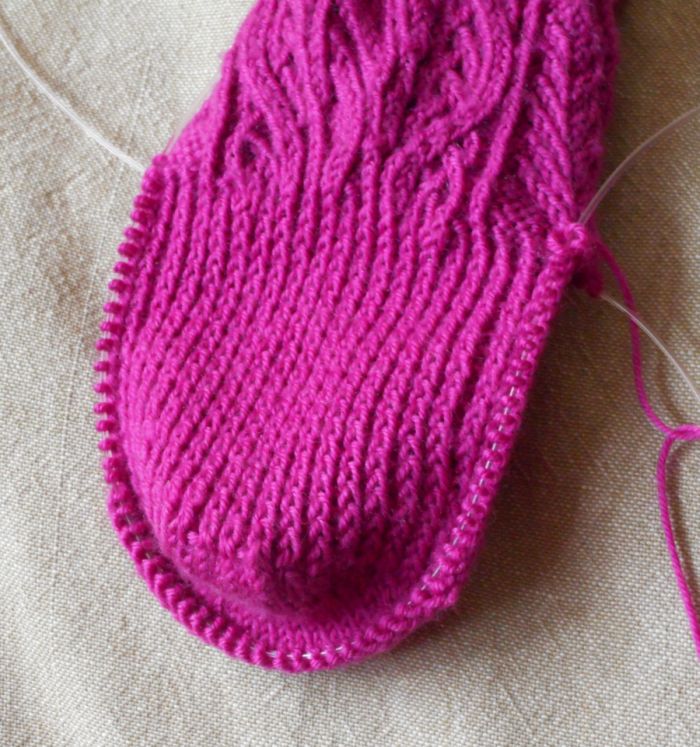 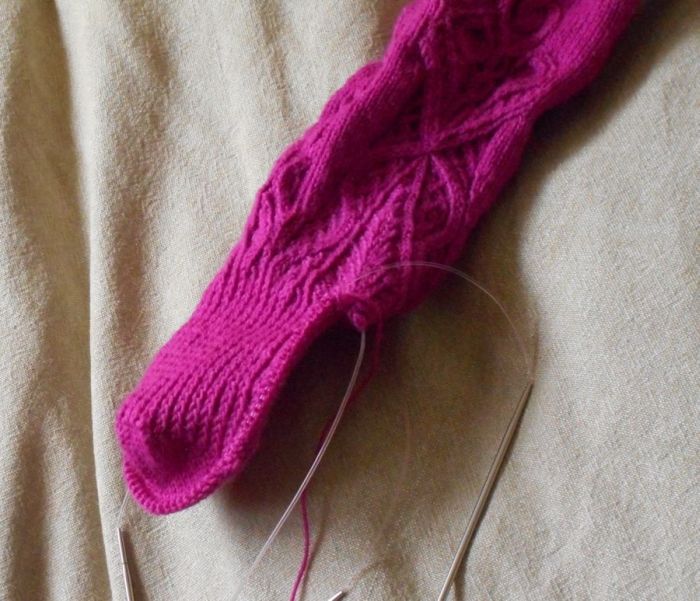