... Saga, volume five and volumes two and three of Lazarus last night. And now the usual whine ... I want the next volumes NOW!!! (and the only reason I'm not also wanting to time travel to the next Fairest here is that I haven't read the just-acquired volume yet ... you can safely assume that I will be)

Saga: absolutely nothing I can say without spoilering something. It's a heartbreaker, fellow fans ... have tissues on standby for weepiness.
Lazarus: several relevant-to-the-present flashbacks to Forever's so-called childhood showing how she was trained/conditioned as a Lazarus. The Peacekeepers and Scarrans of "Farscape" were amateurs at this; I found the elements of a "normal" life ... birthday parties, the comfy bedroom with a bookcase full of children's books and family pictures on the walls (though no toys), her sleeping with a teddy bear, and her desperate hunger for the rare visits from and approval of her father ... interspersed with the intense and brutal training far more jarring and disturbing than if she'd experienced an entirely Spartan life (and also alternating with views of how harsh life is for people who lack ties to any Family). And then, back to the present, seeing the Lazari of the various families being so excited at a rare chance to meet and socialize with each other despite the fact that some of their Families are enemies. In the words of one: "We may not all of us be friends, but we're the closest we've got. We're Lazari, and that makes us different from everyone else in ways they will never understand. We know our loyalties, same as we know the purpose we serve to our respective Families. We may all be set to killing each other before this is over. We'll all do as we're ordered. Doesn't mean we'll have to like it."

Now home from the optometrist with hugely dilated pupils and a vampirish desire to avoid light. But, as always, a clean bill of eye health so it's worth it. Was told by the person who put the drops in that I was the easiest application she'd ever done (I don't blink, flinch, or twitch when somebody else does this to me) and was also told by the doc that, to his knowledge, I was the most successful multifocal contact lens patient they'd ever had; I think this latter isn't really an accomplishment on my part since my eyes are what they are, but part of it may be down to my making a point of always discussing what my personal visual needs are rather than just passively accepting whatever textbook prescription is handed to me (and just as much down to having the luck to be seeing an optometrist who is a bit of a maverick and believes in customizing when it comes to testing and correcting vision)

So all is good and now gonna curl up somewhere with a nice, non-reflective paper book to read. ;-P 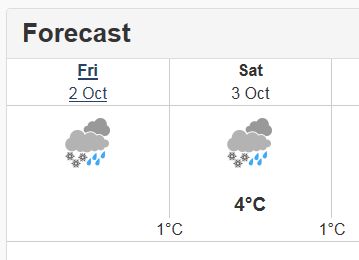