In yet another vague attempt to get fibre-craftually organized, was checking through my Ravelry queue to make sure I actually owned copies of the patterns for the things I want to make (in Ravelry you have "queue" for the things you're definite about aand "favourites" for the stuff you really like or are trying to make your mind up about ... a most useful distinction; you also have a "library" listing all patterns you own, whether online or in the multitude of books and magazines cluttering up your home) and found that I had one vest queued that wasn't linked to anything ... while many of the designer's patterns are listed in the Ravelry database, this one is missing. Queued this thing ages ago while the site still didn't have back issues or older books indexed (and there are still gaps in those) but I do know it's in one of my magazines. So woe is me (yeah, I know, first world problem), my coffee and I now get to page through several years of issues of "Interweave Knits" and "Knitter's" (I'm pretty sure it wasn't in "Vogue Knitting International" because I remember a photo that actually showed the garment instead of being "artistic") where I'm liable to come across twenty more things I'd like to have in my wardrobe. None of which will be able to use yarn I actually have stashed. ;p

Edited to add: Wow! Started with "Knitter's", oldest issue first, and found it in the second oldest issue (after finding an unindexed sweater I liked in the oldest which is now added to my queue ***sigh***). But seeing as I still have most of a cup of coffee and that whole stack of back issues sitting on the couch anyway, probably overflowing with pretties that aren't entered into Rav yet ...

Making good progress on Autumn Leaves; now nearly halfway through the second set of half-leaves (spurred on to get to the next colour change, I am sorry to say, by a notion of being able to claim that spring must be coming because the leaves are starting to turn green ... it's truly sad what a tired brain will stoop to). Did the math and discovered there's just over 460 stitches per half leaf so don't feel so slow on this now. Hitchhiker, being the much simpler, larger, and faster knit, is now at 20 "teeth." 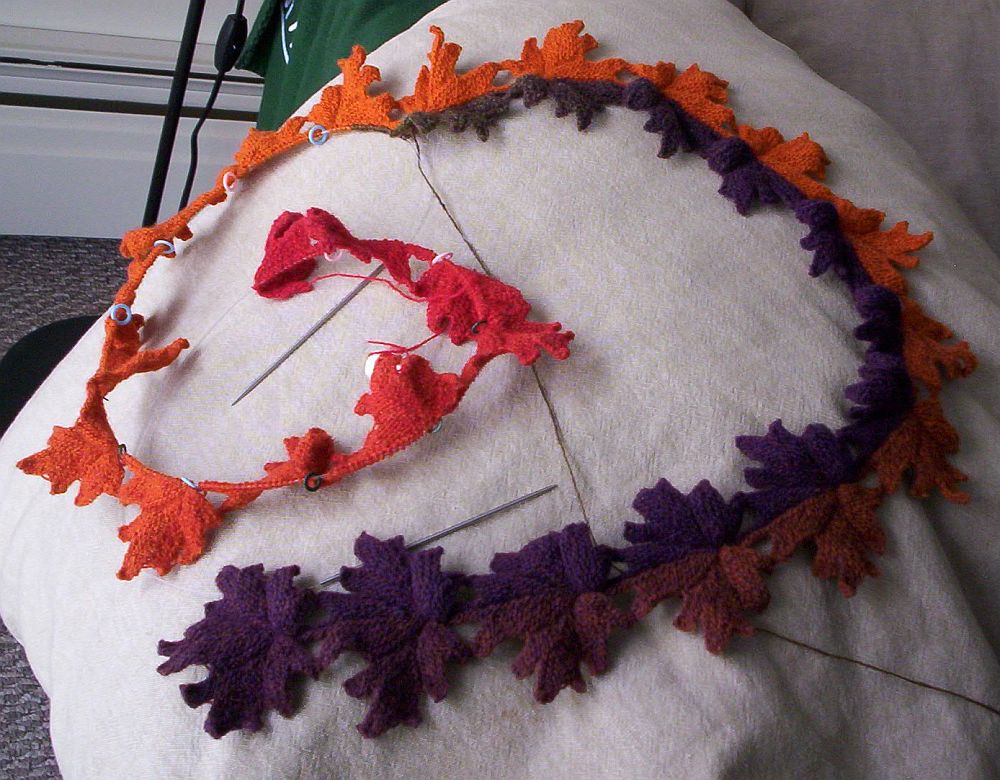 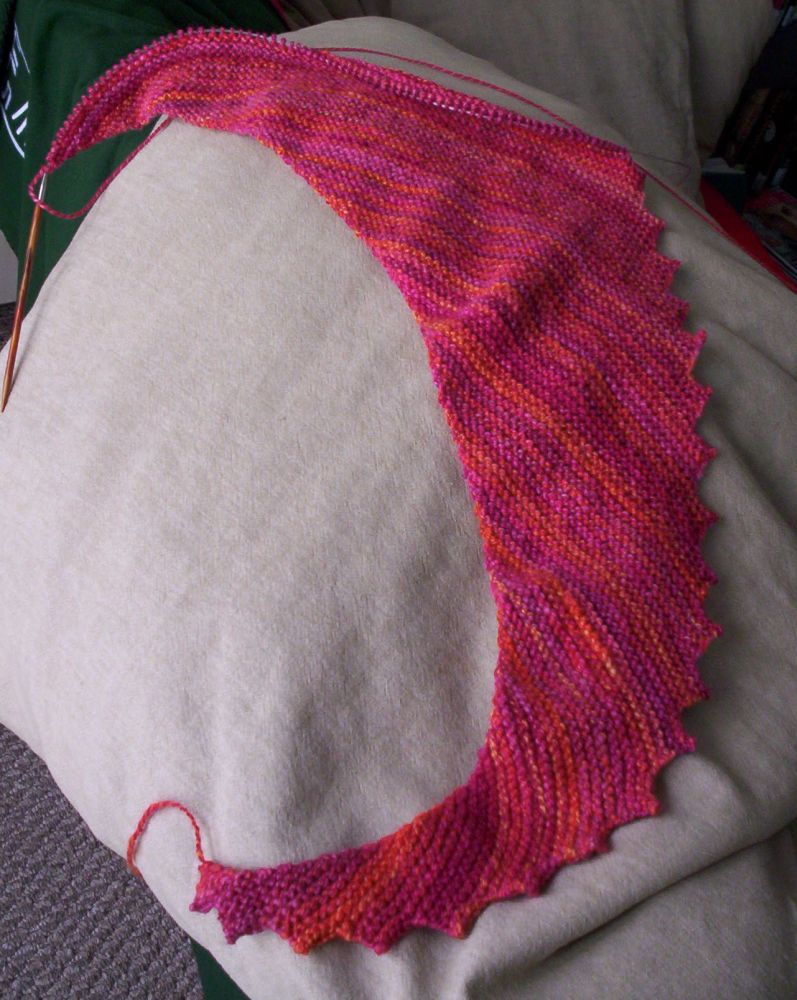