Pardon the gloom of the photos ... it's been overcast twilight here all day today so the natural light is far from the best but using a flash just makes the stitchery invisible (stitches are defined by their shadows and using a flash eliminates those)

Decided that cool though both pattern and yarn are, they just weren't working out as a team ... the yarn being a little on the thin side for its weight was resulting in a fabric that was bordering on limp rather than having drape. So gonna rip it out and either use this same yarn with smaller needles or else a slightly thicker yarn with the same needles. I'm thinking the latter ... much as I love the melting effect of the colourway its being at right angles to the flow of the zigzag isn't quite right either. 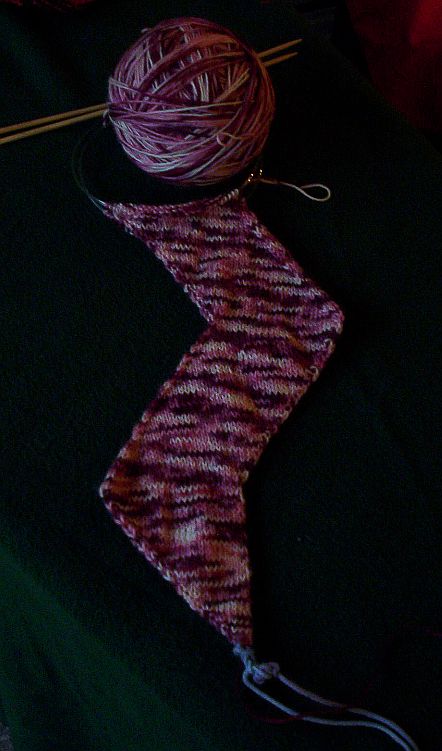 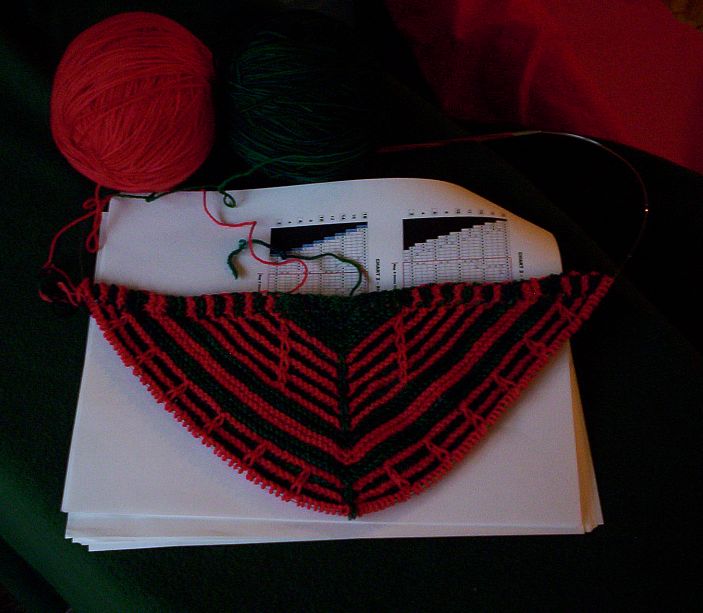