From top to bottom: "Cylons of Anarchy", "Tickle Fog!", and "Not All Mathletes Are Created Equilaterally". All three are Indigodragonfly CaribouBaa (100% superwash merino). 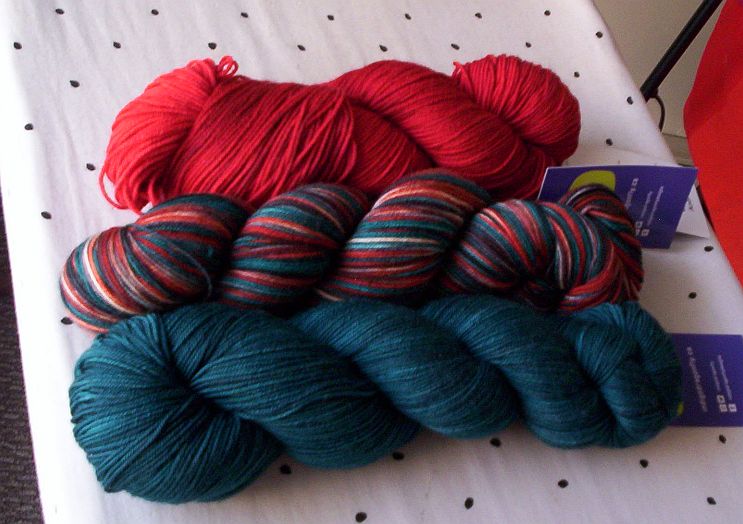 Remember that really fancy stripe pattern I showed you not too long ago? Well, the Yarn Harlot is currently knitting it. And now, having read what it's doing to her brain, my urge to make it is even stronger. Just to see what happens ...

It's been ages, I know ... have just posted a new booklist over at

zappo: Realized as I typed in Thomas King's newest novel that I missed putting him on that Canadian authors list I whipped up for you. His Medicine River is a must-read (sadly the movie adaptation, which starred Graham Greene and Tom Jackson, has never been released on DVD; I say sadly because it is utterly wonderful and hilarious ... when I watched the original TV broadcast I had to sit on the floor because I was in too much danger of falling off the couch from laughter)

Series 1, episode 3: "Portrait of a Disciplinarian"