Proof the the lacy edge has indeed been reached ... only six more rows to finish! (they are now very long rows) 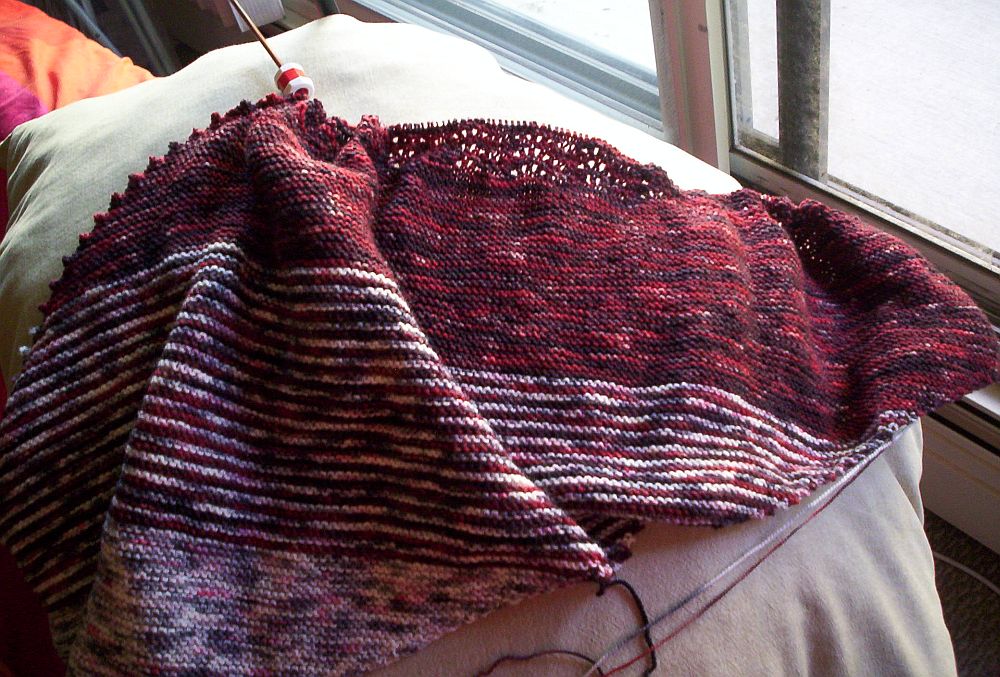 And from my mailbox tonight ... don't care what Indigodragonfly calls it, I call it "Nightcrawler." It's darker and contains more blue than the photo shows; in RL it's exactly the right shades of red and blue, with bits of black and white in it as well. Official name is "Inert and Burnie (Special Gaseous Edition)". (I have two more skeins of this on the way, along with my yarns to knit "The Null Hypothesis Scarf")

Thought I'd throw another not-well-known-but-fun-to-read autobiography at you. Most people know of Shirley Jackson because of her short story "The Lottery" (frequently part of high school reading lists) and/or her novel The Haunting (though I once again find that people are more likely to have seen the movie than to have read the book ... we shall pretend the dreadful remake that missed the entire point of the story was never made, okay?)

Ahem. Anyway, Jackson tends to be remembered for writing disturbing stuff. However she did have a quirky side and wicked sense of humour that came out her autobiographical writing, helped along by her family's ability to attract, say and act the ludicrous (I still call annoying people "you bad bad webbis" inside my head because of her; a giggle in the brain helps prevent homicide, y'know). From "Life Among the Savages":
( Collapse )

The two volumes of Shirley Jackon's autobiography are, in order:
Life Among the Savages
Raising Demons
Collapse